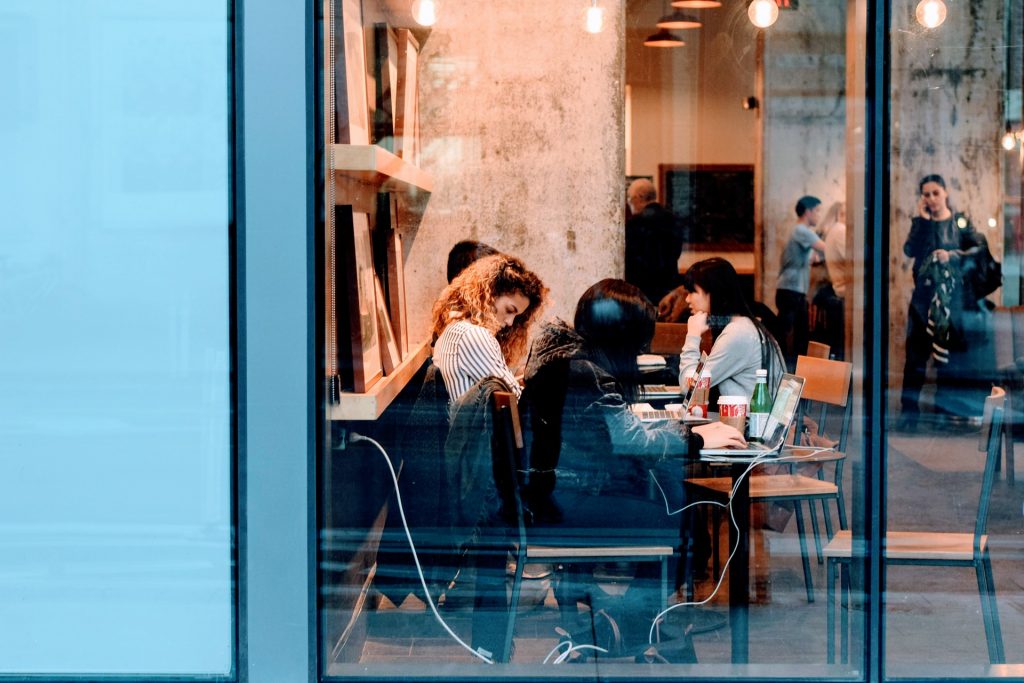 Learning is not done to you, it is something that you choose to do. ~ Seth Godin

I grew up in an academic family. My father was a professor and my mother earned her bachelors and masters degrees after she married and had children. There was no question if I was going to college; the only question was where. I was 17 when I graduated high school. I was nowhere near ready for college – the disciplined, motivated, structured part that included studying, attending classes, knowing what my goals were and how to achieve them. I was ready for the fun parts and that’s what I focused on.

I spent a little over a year at my first college. I left with an embarrassingly low GPA and little to show for it. Before my time at that college was over I went to see my advisor. He was a sociology professor and seemed like a decent person. Unfortunately rather than helping me figure out what I needed to do to turn my situation around, he told me that I was most certainly going to fail out of school and would probably never finish college. I can still see his office in my mind. Him at his desk with his smug face and condescending attitude feeling very proud of himself and confident in his guidance. Those few minutes he took out of his very important day to humiliate me have stuck with me over the past thirty years.

There is a school of thought amongst people with whom I have shared this story that he was using “reverse psychology” to get me to dig deep and start succeeding in college. I get that. And I have used the same approach hundreds of times. But the key to using this technique to get someone to do the opposite of what you’re suggesting is knowing that the person has the skill set, stamina and space within herself to actually do it. I didn’t have any of those things. I think there could be a hundred reasons that the professor said what he said but the only one I think of now is that he was lazy. Sure, I was a terrible student. Sure, I didn’t make it to class enough. Sure, I was floating aimlessly in the sea of undeclared majors. But I truly wanted to do better and I wanted to figure it out how. I was a kid. And even though my parents where “academics”, they hadn’t prepared me to succeed in college. I had none of the skills that I needed to do well.

Looking back, knowing what I know now, the professor might have known sociology, but he was as ill-equipped as I was to figure out the first-year college experience. Had he taken the time to talk with me about my challenges, my learning style, my interests he might have been able to reset my college experience. Instead I sunk deeper into the frustration and isolation I was feeling and when I finally left school I felt like a failure. At 18 years old.

I look at my daughter now – she’s 19 and just finished her first year of college. Her experience was completely different than mine. Why? Because I prepared her. I invested years intentionally setting her up to succeed. And it wasn’t through private schools or expensive tutoring. She didn’t attend academic camps in the summer or study more than the average kid. Granted, the two school districts she attended offered AP classes and college tracking; they were good schools. She was very fortunate. But the key to her first year being successful were things we worked on at home: her planning, confidence and adaptability. We talked about self-awareness, time management, making choices that will benefit her next steps. I encouraged her to ask for support instead of waiting for it, to be her own best advocate, to stand up for herself. She explored the world around her, got to know people for who they are instead of what they could for her and was mindful to surround herself with positive people.

When she arrived on campus she got involved and tried new things. She met regularly with her professors and got to know them – and them her. She worked on campus and networked. I am fairly sure she attended (most of) her classes and she tried to stay current with her coursework. And she had fun, which is as important as anything else. She didn’t measure herself against everyone else. Her first year was successful – as she defined success for her.

None of this was easy; it took commitment to her goals every day to make sure her choices would move her forward. It took making mistakes to figure out how to fix them. It took not always getting what she wanted to know what she really wanted. It took connecting with the wrong people to find the right ones. College is a lot of trial and error – it should be. But having a solid foundation heading in to the first year – or any year really – is key to discovering how to get the most out of it. No one does college perfectly. There are ways, however, to ensure that you are going to do it to the best of your abilities. That you are as prepared as you can be and have a set of skills that will support you; not just through the first-year academics but all that comes with the adjustment to college.

For the past seven years I have been a visiting professor at a non-traditional college. My students are as different as the paths they took to my classroom. Most of them are returning to college or entering later in their lives. They are often unsure of how to succeed. One the first assignments I give in my Introduction to Psychology class is to write a short paper outlining what they want out of the class, how they are going to get it and what challenges they may encounter. In other words I want them to set a grade goal, outline the steps to achieve it and predict as closely as possible the obstacles they might need to overcome. And then I want them to tell me why they chose the goal. Why they want an A. Why a C might be where they see themselves at the end of the course. The grade itself doesn’t matter. It’s just a letter. It’s the goal I want them to focus on. And I want them to own it. Sometimes a C is the best a student believes they can do – they might work full time and have a family. College is hard enough as the only thing in your life. Add in other obligations and it’s beyond difficult to manage. I go back to this paper throughout the course to remind students of their commitment, to guide them through some of their challenges and to celebrate their achievements. I want them to learn to work their goal. I believe that it’s my role, my responsibility, to support my students as they learn to learn and be students. I believe that it is my job as a professor to ensure they are prepared to earn their degrees.

I guess an argument could be made that we are a product of all of our experiences – good and bad. I guess it’s possible that the sociology professor did impact me in a positive way. I say that after years of growth. I struggled for the first few years after I failed out of that college. Then I earned my bachelor’s degree in Human Development and Family Studies from Penn State and went on to get my master’s in Forensic Psychology at John Jay College, City University of New York. As it turned out, I was a great student and loved school – I just needed to find the right one with professors who cared about students as people, not tuition. I learned a ton about myself because of those experiences. I carried what I learned to how I parented and prepared my daughter for college. And now I also work with clients who want that same support (minus the parenting part!).

CollegeGoals is a result of that work. I want to make it as easy and affordable as possible to access support and strategies to help you be successful in your first year of college and beyond. I meet individually with parents who want to know how to best support their child as well as students who need the additional support that a coach can provide. I also offer workshops designed around developing the soft skills and strategies a student needs to be successful in college. Reach out to me here to connect and learn more about CollegeGoals.

Sign up to receive updates and hear what’s happening at Sara Craig Co.